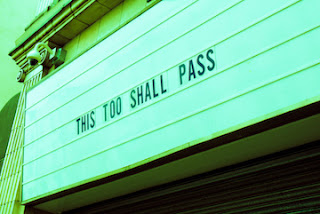 Sometimes the spotlight finds you even when you do your best to avoid it. Regardless, you need to be ready. You need to conduct yourself with aplomb. And you have to display a sense of humor even when you feel like fighting what’s happening.


I learned these lessons the hard way.

I was an account executive at a public relations agency in the late 1980s. I was representing a major computer hardware manufacturer. I oversaw their product review program. That required me to persuade publications to write about the company’s products.

In this instance, I was proposing reviews of a new Postscript Laser Printer. It offered desktop publishing capabilities for any user, not just professionals. Thus, I targeted print publications catering to the small home office user.

Among the publications I identified was a newsletter published by a woman located near Seattle, Washington. I called her to learn more. She mailed me a copy of her newsletter. I read it. A review of the printer seemed to fit its editorial focus. I arranged to send her one. I called her again to confirm its arrival at her office soon afterwards.

When I was promoted, I passed along my work on that account to someone else. I updated him on my efforts, including which publications were then reviewing printers. I quickly began on my new assignments. I forgot about printers and other computer hardware.

Nearly six months later, I was handed a phone message from Detective Asa Bricker. He worked for the Snohomish Police Department in Washington. At first, I thought a colleague was playing a joke on me. The name “Asa Bricker” sounded like it was taken from a detective novel. The phone number was in the 206-area code, so that checked out. I returned the call. Much to my surprise, the real Detective Bricker answered.

He was currently engaged in plea bargain discussions with a suspect. She was accused of soliciting computer hardware from major companies and selling it. She did not review the products; her newsletter was a ruse.

Detective Bricker found my contact information in the suspect’s files--along with that for individuals who worked for other aggrieved companies.

Detective Bricker asked me questions about my interactions with the suspect. I repeated what I've outlined above. Later during our conversation he explained that if the suspect didn’t accept a plea deal, I’d have to testify during her trial. That meant I would be flown up to Seattle, etc.

To make matters worse, the copy of the newsletter I had reviewed and filed was nowhere to be found in our offices. The perception was I had sent a printer to the editor of a nonexistent publication.

Then a colleague elevated the potential impact of this unfortunate episode. He called a reporter who worked for a local computer industry news wire service to pitch a story about the episode. She bit. An hour later she called. She interviewed me despite my best efforts to convince her not to do so. The story was published later that day, again over my protests.

As an employee of a client’s public relations agency, I wasn’t supposed to be in the spotlight. But there I was. Because of something I had done wrong.

I was mortified. Embarrassed. Ashamed. How could I have made such a bonehead mistake?

I thought I was going to lose my job. I thought my name would live on in infamy. I believed people would remember me as a misguided public relations practitioner. One who couldn’t differentiate a fake publication from a real one.

It all blew over in time. I never heard from Detective Bricker again. So I assumed the woman accepted the plea bargain went to jail.

As I learned in this instance, sometimes you need to take your lumps. Publicly, if need be. And you can’t take yourself too seriously.

And, bottom line, remember that no one thinks about you as much as you think about you.

In other words, the impact of bad and good deeds alike quickly passes. Long term, no one remembers your mistakes. That’s assuming you apologize and attempt to make things right.

I indeed wore a hair shirt for some time after this episode. I learned that sometimes my enthusiasm and energy got the best of me. I learned I needed to slow down and be even more scrupulous in my work.

Finally, I learned that sometimes you’ll find yourself in the spotlight when you least want or expect it. And you have to deal with it professionally nonetheless. 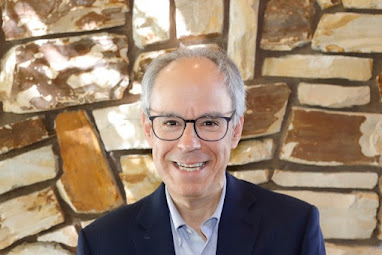