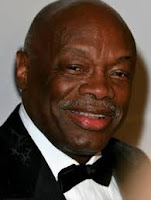 Former San Francisco Mayor Willie Brown pens a weekly column for the San Francisco Chronicle. He uses it to share his thoughts and opinions on a range of matters. These often include other politicians.

“His personality demanded that he take responsibility for it all. He did not have the blame gene that allows mayors to take out their problems on their staff.

Instead, he took all the stress on himself.
In politics, however, you’ve got to give stress. You have to blame and blow up. Otherwise, it will eventually destroy you.”
It sounds like Brown attributes Lee’s death from cardiac arrest to his management style. That assertion by itself should raise eyebrows.
What especially troubles me is Brown’s not so hidden assumption about leadership and leaders. In his mind, a leader needs to scream, yell, and browbeat subordinates. You master the art of throwing people under the bus. It’s the only way to govern.
In response, I ask: If a leader does not accept full responsibility for matters under his or her purview, then what kind of leader are they?
I’d say that person is at best an unethical leader (Brown & Mitchell, 2010). In fact, I’d argue that what Brown offers us represents the opposite of leadership. It’s been described elsewhere as anti-leadership.
I believe the last thing we need is more anti-leaders in the public and private sectors. So I'd advise you to take Mayor Brown’s subsequent advice on leadership with a very large grain of salt.
Reference
Brown, M. E., & Mitchell, M. S. (2010). Ethical and unethical leadership: Exploring new avenues for future research. Business Ethics Quarterly, 20(4), 583-616.
Written by Mitchell Friedman, Ed.D., APR at 1:49:00 PM